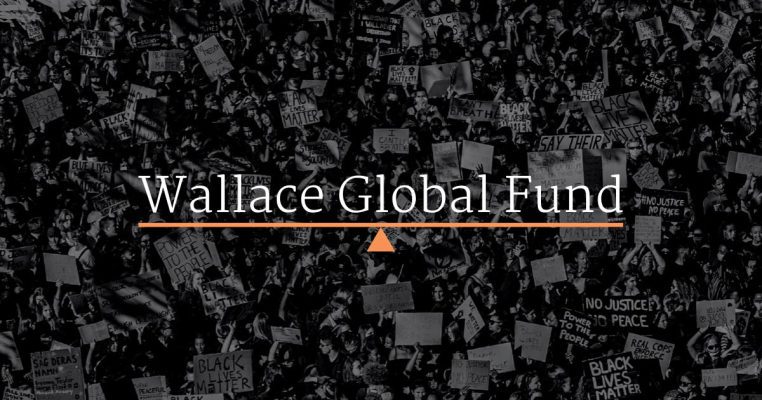 The extraordinary crisis the world is experiencing has laid bare the underlying failures of our economic and political systems, exposing deepening inequality, deadly racial and socio-economic disparities, and a profoundly weakened democracy. It is acutely clear that deep systemic change is required. Poor people, people of color, and struggling working class people are being ignored by politicians who all too often act in corporate interests instead of serving all of society.

As the most vulnerable among us lose their jobs, their hope for the future, and – too often – their lives, the Wallace Global Fund believes now is the time for foundations to act aggressively. We must spend accordingly to serve the public good and center the rights of the most vulnerable as governments chart a path to recovery. Yet at a time when nonprofit services and advocacy are needed most, the economic crash has led to a drop in both government funds and private support for their work. Rather than giving more, many donors are seeking instead to preserve their endowments. This is precisely the moment for the opposite – for philanthropy to give more to address the public-health crisis and to fund existing social and systemic change efforts.

That is why we are proud to announce that we will spend 20% of our endowment in 2020. We will immediately award $1.2M in grants to organizations doing vital work to solve the social and economic crises sparked by COVID-19 while continuing to advance systemic change for people-centered democracies and fighting for a more just and sustainable economy.

Our grants will bolster organizations working on behalf of society’s most marginalized and vulnerable populations who are disproportionately harmed by COVID-19 – the working class, those living in poverty, communities of color, and women facing human rights abuses in the Global South. The $1.2M in targeted allocations will allow these organizations to invest in digital organizing, increase and diversify their capacity to raise funds, make voting more accessible for constituencies impacted by the pandemic, advocate for stimulus packages that place people at the center above corporate interests, and reach underserved communities who are most vulnerable to COVID-19, both in the U.S. and globally.

In advance of an historic mobilization for economic and social justice, the Wallace Global Fund is also honored to announce we are presenting the 2020 Henry A. Wallace Award to the Poor People’s Campaign: A National Call for Moral Revival. The award, established in 2017, recognizes movements demonstrating extraordinary courage in activism while standing up to oppressive corporate and political power. Henry A. Wallace, our donor and the 33rd Vice President of the United States, fought to defend the rights of what he called the ‘common man’ during another moment of profound crisis in American history, as dislocated workers and people thrust into poverty rose up to demand a government that led a recovery that created jobs, provided social services, and met basic human needs. The Poor People’s Campaign leads that fight today. It understands that our first priority must be taking care of people and our planet, not making profits or strengthening corporations. It also knows that our planet will not survive if we do not take drastic steps to curb the toxic influence of corporations on our democracy.

Right now, the Poor People’s Campaign – a multi-state movement co-chaired by Rev. Dr. William J. Barber II, president and senior lecturer of Repairers of the Breach, and Rev. Dr. Liz Theoharis, director of the Kairos Center – is spearheading a fight for justice focused on supporting working class and marginalized communities. It is holding elected officials accountable to the people they are meant to serve and demanding an end to systemic racism, poverty, the war economy, and environmental destruction.

The Henry A. Wallace Award comes with $250,000 and will go toward supporting the operations and organizing efforts of both Repairers of the Breach and Kairos Center. Together with the Poor People’s Campaign and more than 100 mobilizing partners, they are holding a Mass Poor People’s Assembly and March on Washington online on June 20th to demand that the voices of more than 140 million poor and low-wealth people across this nation are heard.

We are proud to stand with the Poor People’s Campaign – as well as all the organizations and partners we are funding through these grants – and look forward to seeing the transformative impact of their vital, lifechanging work.

The $1.2M in COVID-19 response grantees include:

Fight for the Future