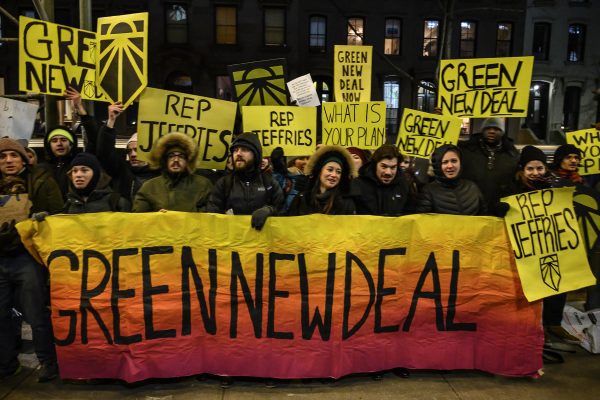 The second Henry A. Wallace Award honored the Sunrise Movement, which has transformed the climate justice debate and made strides reminiscent of the New Deal era victories.

The youth-led Sunrise Movement works to advance intersectional solutions to stop the harmful emissions that cause climate change and to create millions of good jobs in the process, while centering workers and communities’ rights. They are building an army of young people to make climate change an urgent priority across the United States, end the corrupting influence of fossil fuel executives on politicians, and elect leaders who stand up for the health and wellbeing of all people.

When ordinary people demand that government steps up to address environmental and economic perils, transformative change happens. The spirit of the Sunrise activists is reminiscent of the movements that helped catalyze the transformative New Deal of the 1930’s.

Read more about the Sunrise Movement and other youth climate activism on our Movements page.