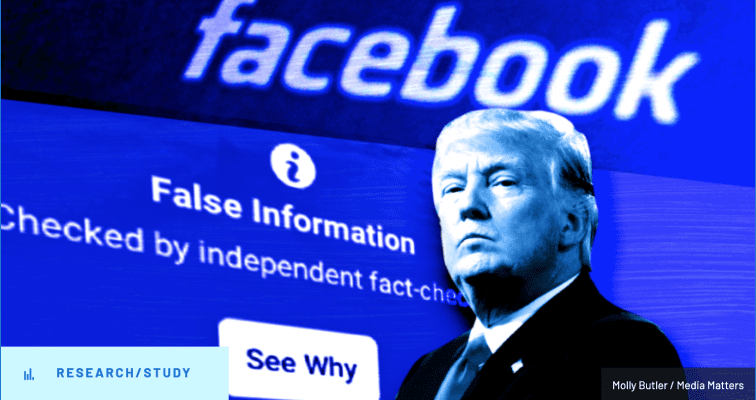 “Facebook keeps touting its labels as a proactive response to misinformation spread on the platform, even though internal and external data shows the labels are ineffective and the platform’s application of them is inconsistent at best. In fact, Media Matters found that the average number of interactions per post on former President Donald Trump’s labeled posts is more than double that of his posts overall, and posts containing his misinformation are still spreading on the platform even though he is suspended from it for now.”

“Facebook labeled at least 506 of former President Donald Trump’s posts in 2020 and 2021. On average, these labeled posts earned over two times more interactions per post than his overall posts.”