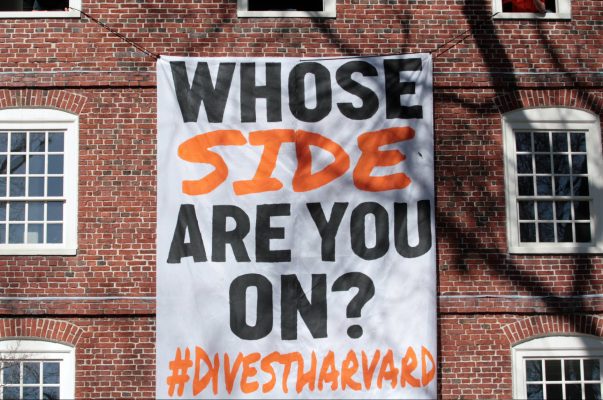 “If you own fossil fuels, you own climate change.”

That was the realization that led the Wallace Global Fund to help launch the nascent student-led movement back in 2011. As we supported students in their efforts to pressure universities to divest from fossil fuels, we realized that the philanthropic community should not allow our own investments to drive the problems that we ask our grantees to solve. Most foundations devote a small fraction of their investment portfolios to their annual grantmaking budgets, so any impact we could make on climate change through our grants would be insignificant unless we aligned our investments to ensure mission consistency.

Philanthropy needed to respond to a global climate movement that identified fossil fuel divestment as a centerpiece of its demands. Driven by the world’s youth leaders, Indigenous peoples, and frontline communities, the growing movement could not risk pressuring foundations directly for fear of losing funding. Conversely, supportive foundations could aid the movement by driving the market for fossil free investment products, and demonstrate that investment portfolios could be created and succeed financially by eliminating fossil fuels and scaling climate solutions.

Wallace Global Fund first began divesting from fossil fuels and investing in climate solutions in 2010. But recognizing the urgency of the moment and the need for leadership of our peers, Wallace Global Fund launched Divest-Invest Philanthropy in 2014, with 17 foundations pledging to divest all holdings from fossil fuels and invest at least five percent of assets into climate solutions such as renewable energy and clean technology, to ensure universal access to energy and a just transition for communities and their workers.  We were soon joined by the Rockefeller Brothers Fund and 54 other prominent foundations from across the globe. Now over 200 foundations have signed the Divest-Invest pledge. In 2021, the movement reached a huge milestone when two of the world’s largest and most well-known philanthropies — the Ford and John D. and Catherine T. MacArthur Foundations — announced their commitments to divest and invest in just climate solutions.  For our work organizing Divest-Invest Philanthropy, Wallace Global Fund received the Nelson Mandela-Graca Machel Brave Philanthropy Award, alongside a variety of awards and recognitions.

Further, we know conclusively that a divest-invest strategy is critical to upholding our fiduciary duty. Divesting from fossil fuels and investing in climate solutions can generate positive returns while limiting risk of volatility in energy markets. Since Wallace Global Fund began our divestment process in 2010, we have exceeded our financial benchmarks, delivered greater returns than if we had not divested, and supported companies and investment vehicles building the pathway to the new green energy economy.