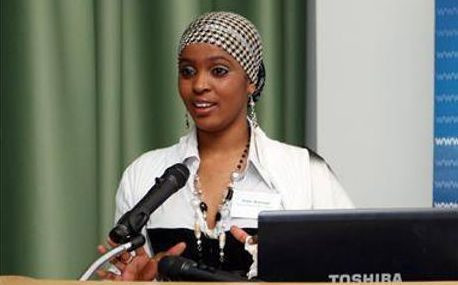 More than 200 million girls and women alive today have endured female genital mutilation (FGM). This dangerous and dehumanizing practice persists on every continent except Antarctica despite mounting global opposition, clear medical evidence on its negative health effects and legions of national laws and international agreements banning it.

The COVID-19 pandemic exacerbated the problem as school closures, service suspensions, and lockdown orders have separated girls from key support systems and safeguarding measures. Two million more girls globally are believed to be at risk of FGM over the next decade as a direct result of COVID-19.

But a growing global movement is working to rid the world of this harmful practice.

The global movement to end FGM uses a range of strategies to break the silence around the practice and press for change. Activists from around the world leverage the media to amplify survivors’ voices and drive anti-FGM campaigns that are pushing for stronger government policies, legal protections, and resource mobilization. They have built networks and diverse coalitions committed to ending FGM and are leading transformative efforts to prevent FGM in high-prevalence areas. As a result of these efforts, growing numbers of people from around the world are pledging not to cut their daughters and are committing to be the generation that finally rids the world of FGM.

Wallace Global Fund has been supporting community-led efforts to end FGM since our inception, beginning with Gordie Wallace’s pioneering leadership and activism in the 1970s. The Fund co-founded the Donors Working Group on Female Genital Mutilation/Cutting in 2001 which has helped mobilize resources and coordinate donor responses in support of the global goal of FGM abandonment. The Fund helped catalyze the 2016 End Violence Against Girls: Summit of FGM/C in Washington, D.C. that issued a strong call to support FGM leaders and activists in pressing for change. The Fund’s grantees and partners co-created the Global Platform for Action to End FGM/C, which provides a unifying advocacy framework and springboard for global action. Finally, this work has been amplified through the Fund’s partnership with the Global Media Campaign to End FGM, which supports front-line activists and local journalists in key countries.

Thanks to the sustained advocacy of the global movement to end FGM, the practice is now criminalized in the United States, all 27 EU member states, as well as in the majority of countries in Africa where FGM is known to be practiced.

“The day I hear that FGM has ended…will mean that from that moment on, women can feel secure in their bodies,” said Aissata M. B. Camara, Co-founder of the There is No Limit Foundation and an FGM survivor. “Ending FGM is really about human dignity. It will mean that we have been able to secure women’s access to dignity in every way possible.”