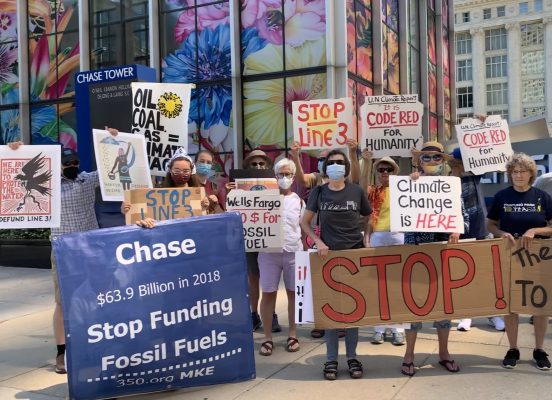 In December 2016, the global Fossil Fuel Divestment movement announced a new phenomenal level of growth, with over 688 institutions with $5 trillion in assets under management formally pledging to divest from fossil fuels. This represents 100-fold growth since the first global announcement 26 months before. What began as a moral argument to divest financial assets of fossil fuels has moved rapidly to become a financial imperative, and increasingly, a fiduciary duty. The $5 trillion feat was announced at a simulcast press conference in London and New York, timed to the one-year anniversary of the Paris Climate Agreement. Speakers represented the diversity and scope of Divest-Invest, from student activists to finance and investment executives to faith and philanthropy leaders. After divesting its own portfolio in 2011, WGF is proud to have played a leading role in supporting the movement and its growth across sectors and regions of the world. Earlier, WGF Executive Director Ellen Dorsey accepted the inaugural Nelson Mandela-Graça Machel Innovation Award for Brave Philanthropy on behalf of Divest-Invest Philanthropy, a coalition of 155 foundations, family offices, and charities pledged to divest from fossil fuels and invest 5% of their assets into climate solutions. WGF launched DI Philanthropy in 2014.